I wanted to talk to you today about an amazing theme within the Elegant Theme suite, and I wanted to take a moment to give you my review. You’ve probably already heard of it, it’s called the Divi theme, and it’s a very flexible, and overall user-friendly theme. First of all, let me preface this by saying that I’m a big fan of Divi theme, and so far, I’ve used it on seven different websites (this one included). On top of that, I also plan on using it for my next endeavor, and am looking forward to it. Believe it or not, I actually ENJOY making websites with the Divi theme, even though website building is still a lot of work in general, but with Divi this process is really easy. So, why do I like Divi theme? There are several reasons, but first:

This is a wonderful feature, for both expert coders, and for those who’ve never written a line of code in their lives. First of all, regardless of how much code you know or don’t know, this drag and drop functionality makes the whole theme VERY user-friendly and easy to learn. I was able to become a “master” with Divi theme in only a few days, and not because of any skills I possess, but simply on account of the theme’s ease of use. The second big advantage, is that REGARDLESS of whether or not you know code, the drag and drop functionality makes building websites SO much faster than it was before. Granted, WordPress in general has made website building FAST, but Divi theme really takes that to a whole new level. 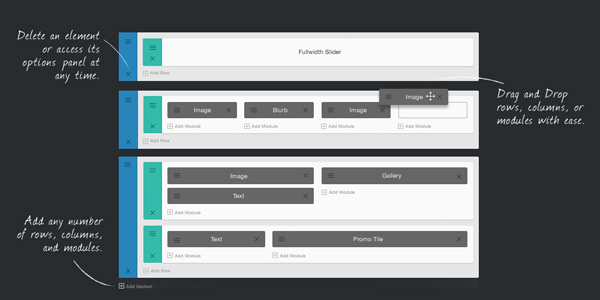 This is also a big advantage for people who don’t know how to code, because you can build beautiful websites anyways. The websites you can make in fact, are so nice, that you could even offer your services as a web developer and create sites quickly right from within Divi theme. The end result? You’ll be creating stunning, functional, user-friendly sites which look like they were created by a true blue web development master… and you’ll be doing it in less than a quarter of the time it takes the coding “experts”.

Divi also comes with its Visual Builder, which allows you visualize the website that you are building. You can see the changes that you are creating live on the website. You can find out more about this feature on their blog.

Another really nice thing about Divi theme, is the fact that it comes with so many pre-made layouts right out of the box. While they’re always adding more, at the time of this writing, there’s over twenty which the theme comes with by default. These layouts make building a page EVEN FASTER than it was before. Some examples include Project Extended, Portfolio Full Width Grid, and Project Extended 2. With these pre-made layouts combined with Divi’s already easy to use drag and drop functionality, you can create pages which would’ve taken a coder hours to build… in just a few minutes, literally. This is one of the major reasons why I love this theme so much.

But, what if there are some layouts you need which aren’t already there within their pre-made layout selection? Well, believe it or not, you can actually create YOUR OWN layouts, and save them for future use. This means that when you create a layout which you like, you can simply save it and access it again and again for future sites or webpages… as much as you’d like. This is definitely a neat feature, and a really great way to save even more time when building out your sites within Divi theme.

The great features don’t end there. On top of everything I mentioned so far, I’d also point out that Divi theme is one of the most responsive themes which I’ve ever had the chance to use. Today, there are so many people who are browsing on devices other than just standard PC’s… they’re browsing on mobile devices, such as smartphones and tablets as well. This means that if your website isn’t responsive it’s going to show up “warped” and it will be difficult to browse for these users, which means, for you, that you’ll ultimately end up losing A LOT of traffic at the end of the day. Not good. Divi theme on the other hand is completely responsive, meaning that it will detect the device which your user’s browsing on, and make sure that the theme automatically responds to that device, so that everything looks totally normal REGARDLESS of the device which your visitor is currently using. 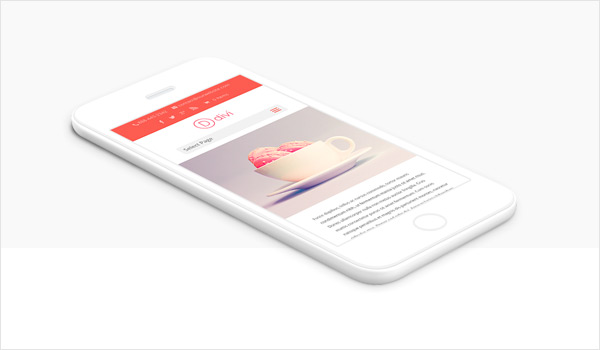 Aside from that, another great feature which Divi theme has is its security. They partnered with a fantastic security company called Securi.net which helps them to help you keep your site completely locked down from all sorts of threats, such as unauthorized break ins to your site. Divi earned Securi’s Seal, meaning that they’ve tested the theme on various sites and have found that it was locked down extremely tightly in all instances. It’s nice to have a theme which I know is secure at all times, so I simply don’t have to worry about it. This is a HUGE perk.

So overall, it’s an absolutely fantastic theme. I highly recommend you give it a shot for yourself (if you haven’t already). If you want, you can get Divi theme, along with 86 other Premium themes for WordPress for only $89. I personally think Divi theme in and of itself is worth more than that, but throw in 86 other Premium themes, and man, that’s a steal. There are also some great plugins included with this package, such as their world famous Monarch plugin for social sharing or their newest plugin called Bloom (an awesome email subscribe plugin). I will be writing more about these plugins on my blog soon, so stay tuned.

Hopefully that helps you make up your mind about the Divi theme. Give it a try, and I think you’ll find it as useful and productive as I have. Best of luck!

You can see the Divi theme demo here. And you can also read my reviews of the Bloom and Monarch plugins (they are both part of the Elegant Themes membership). 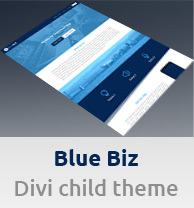 WordPress expert. Divi user since 2014. I blog about WordPress and Divi, my favorite WordPress theme. When I’m not working with WordPress or writing an article for this blog, I’m probably learning Italian. You can read more about me here.

You have Successfully Subscribed!

This site uses Akismet to reduce spam. Learn how your comment data is processed.